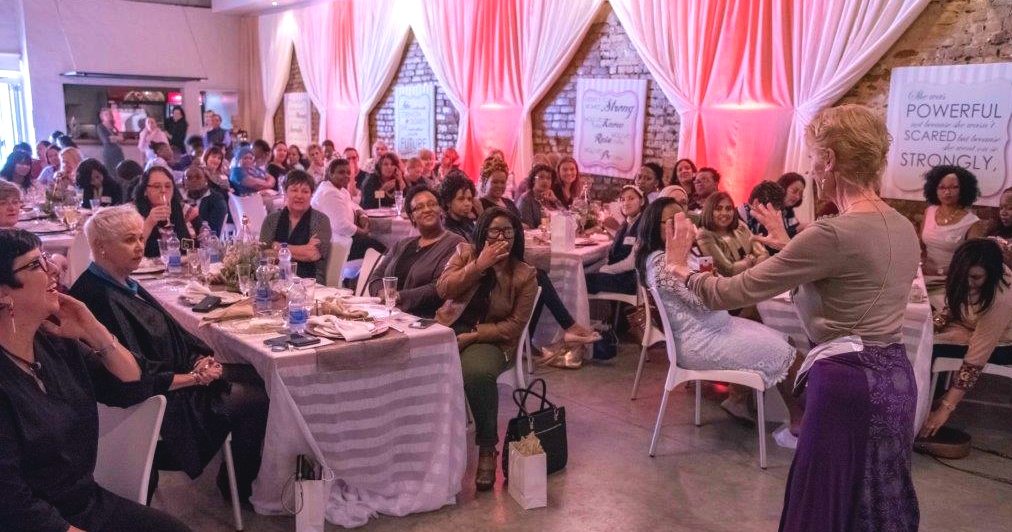 If you wonder if perhaps by now South Africa’s yearly Women’s Day functions and celebrations have gone a little stale, you should have witnessed this vibrant occasion-with-a-difference! Port Elizabeth’s ABSA Women’s Day Brunch Convention captivated and energised everyone. Even the few men in attendance!

Meet the women who made the ABSA Women’s Day Function an empowering experience:

Niqui Cloete-Barrass embraced us in her cabaret ambiance and, with her inimitable MC style, took us through a morning filled with informative speeches, wit, some Swarowsky treats, food and lots of laughter.

Niqui is PE’s Boost programme de force! And she empowers fresh local talent all along: hearing Amanda Faku sing certainly plucks your heartstrings! Her rendering of ‘Superwoman’ put us in the frame of mind to appreciate the career realities analysed by top ABSA Executive Punki Modise. 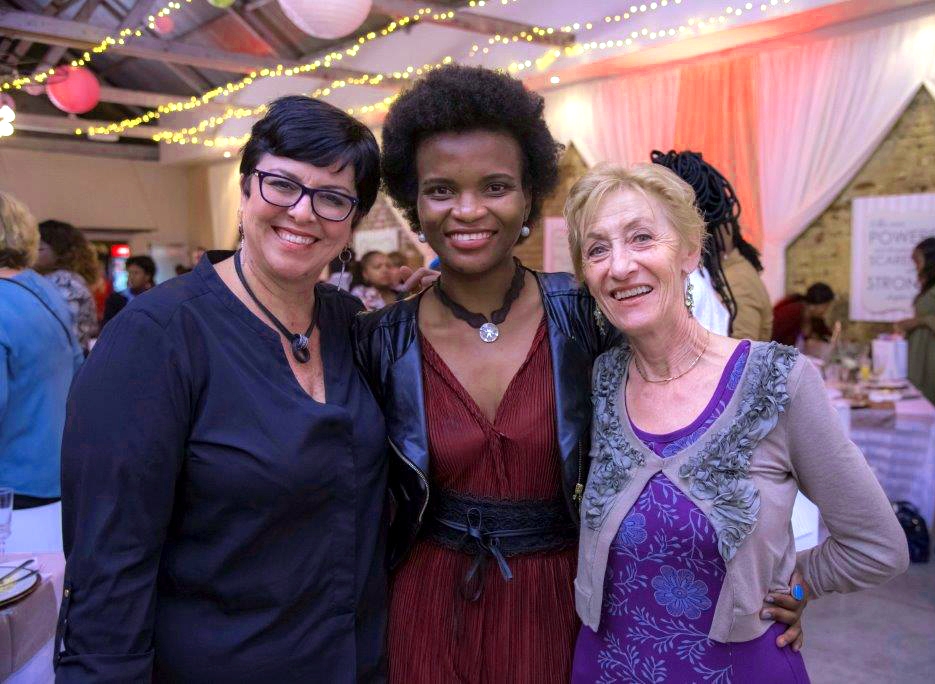 It was Estelle Cunningham who made us reflect about the scourge of violence in our society and how, by small acts, we can all be part of changing the tide. As make-up artist, Estelle has a professional approach that goes way beyond blushers, creams and eye pencils. It is a sign of her genuine care for women that, a while after their bridal make-up sessions, her clients return for a make-up session with marriage advice!

But we learnt that Estelle also has access to working with women who sit behind prison bars for life. Some, indeed, for killing their abusive husbands.

Listening to some of the raw life events which brought the prison sentences upon these women made us reflect:  if we have to endure extreme abuse for so long, could this desperate act to break free by killing be performed by every one of us?

Prison life induces for many women a deep state of depression. It became a source of wonder that, spending time with Estelle, such women are released from their lethargy and given a new sense of self and readiness to take part in inmate work and activities again.

Why is it that Estelle’s workshops have such impact in this setting?

We were asked – in the midst of our glamorous function – to try out Estelle’s basic interaction technique of turning to another woman at our table and, ‘like a mirror’, reflecting the beauty seen in each other. Using such techniques, Estelle teaches the ‘forgotten women’ respect and helps restore their dignity.

How poignant interaction with a mirror can be was confirmed for me a few days later in Radio Sonder Grense’s ‘Vergete vroue’ radio documentary. When one of the female prisoners – serving life for stabbing a man to death – confessed that she had been unable to look at herself in the mirror for a very long time.

Using ‘mirror honesty’ as a means to restore human dignity – which is part of Estelle’s toolkit – certainly includes more than what appears on the outside.

The synergy between human beauty and strength generated from the outside in and from the inside out – the interplay between Buitekant and Binneland  – is an empowerment theme that also runs through my ‘Lifetime’ talks and coaching.

Gender equality: What progress has South Africa made?

The response to my presentation, and the pearls of wisdom shared by the very participants at this ABSA function, show that, in our attempts to address gender values in South Africa, we have come some way.

Yes, we need to keep moving forward on the road less travelled to build a gender-intelligent nation.

What a meaningful and great function, where we experienced how unified we feel about this purpose. And how empowered we are with the knowledge of the impact of taking the basic steps: restoring human dignity helps to move away from the pain of the past to the promise of the future. 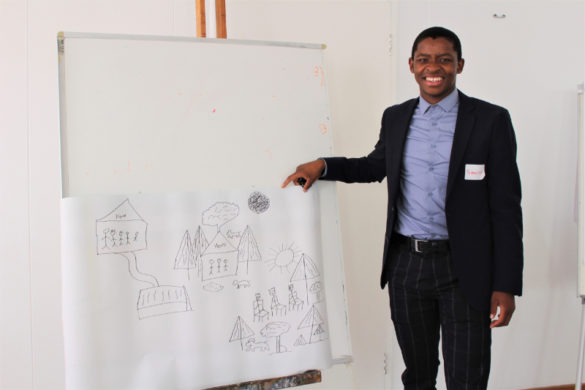 P is for Potential

The power of a book in making new beginnings.